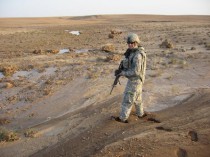 Getting Dirty In Iraq

Justen Garrity founded Veteran Compost in 2010.  However, the path to that point began much earlier.

Growing up in Pennsylvania and Maryland, Justen spent his time outdoors camping, hiking, and biking.  It was through Scouting that Justen learned to appreciate nature and the need for conservation.

Justen received an ROTC scholarship to attend Worcester Polytechnic Institute in Worcester, MA.  In 2004, he graduated with a Bachelor of Science in Management of Information Systems and was commissioned as a Second Lieutenant in the United States Army.

Justen spent the next five years on Active Duty as a Combat Engineer Officer.  He served in South Korea as a platoon leader, in Missouri as a company executive officer, and in Iraq as an Assured Mobility Officer.  He received numerous awards and badges during his time in the Army including: Bronze Star Medal, Army Commendation Medal (three times), Army Achievement Medal, Sapper tab, and parachutist badge.

Following a 15-month deployment in Iraq, Justen decided to transition to the National Guard so that he could be closer to his family.  Returning home to the worst job market in decades, he quickly found himself unemployed.  Justen was forced to create his own destiny.  And so, Veteran Compost was born.  A business that is as fulfilling as the missions he had in the Army.

2012 Entrepreneur of the Year - The Harford Awards

Find out the latest news at Veteran Compost. 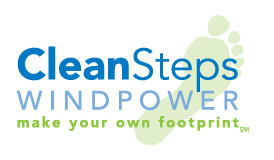 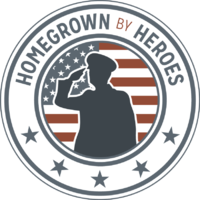